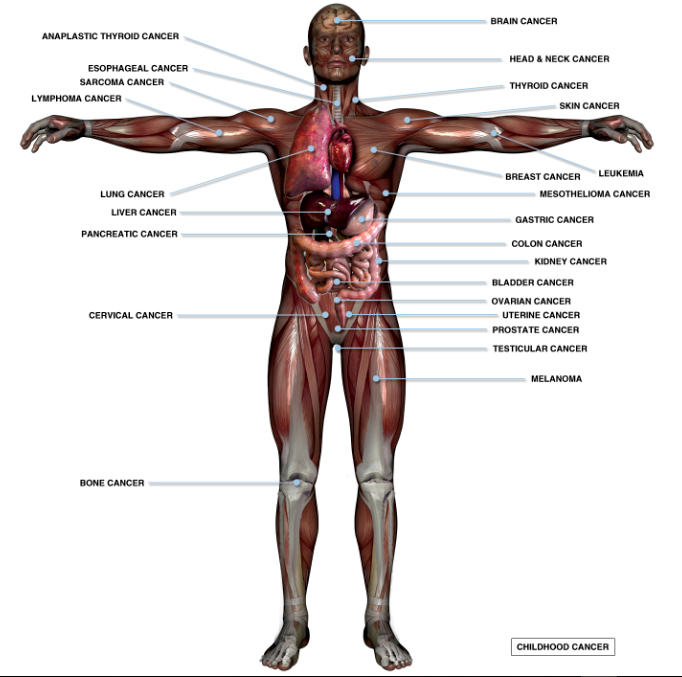 Cancer does not discriminate between race, age or gender. Being diagnosed with cancer can be frightening. But understanding what’s going on inside your body can help you feel more in control. Over the years, research and treatment has increased the survival rate in cancer patients. The better we get at knowing what we’re up against, the higher our chances to beat cancer.

Cancer can occur in any organ or part of the body. We’re all familiar with the most common cancers like skin cancer, prostate cancer, lung cancer, breast cancer and colon cancer. These are categorised according to the place the cancer first started. Medically, cancer is also categorised according to the type of cells it started in. Billions have been invested in cancer research and recently holistic and natural cure has been investigated as alternative forms of preventative remedies rather than treatment.

It is against this why Robert Ryan, B.Sc. state in his report at http://www.pnc.com.au/~cafmr/online/research/cancer.html that Cancer Research – is a super fraud?

“Everyone should know that most cancer research is largely a fraud and that the major cancer research organisations are derelict in their duties to the people who support them.” – Linus Pauling PhD (Two-time Nobel Prize winner). Have you ever wondered why, despite the billions of dollars spent on cancer research over many decades, and the constant promise of a cure which is forever “just around the corner”, cancer continues to increase?

Once quite rare, cancer is now the second major cause of death in Western countries such as Australia, the U.S.A. and the United Kingdom. The increasing trend of cancer deaths and incidence is typical of most Western nations. It has been said that this increase in cancer is due to the fact that people live longer than their ancestors, and that the increase of cancer is that more people are living to be older and have a greater chance of contracting cancer. However, this argument is disproved by the fact that cancer is also increasing in younger age group.

Most Cancer is Preventable

According to the International Agency for Research in Cancer “up to 90% of human cancer is determined environmentally and thus avoidable.” Environmental causes of cancer include lifestyle factors such as smoking, a diet high in animal products and low in fresh fruit & vegetables, excessive exposure to sunlight, food additives, alcohol, workplace hazards, pollution, electromagnetic radiation, and even certain pharmaceutical drugs and medical procedures. Prevention – Not Profitable to Industry.

According to Dr. Robert Sharpe, ” . . . in our culture treating disease is enormously profitable, preventing it is not. Preventing the disease benefits no one except the patient.

How to Protect Kids Poetry in Motion HCWI - April 8, 2020 0
Dumb voice In prayer to the *** A voice shut like prison bars within a thousand acres pasture land Trailing echoes reverberating on rolling hills Distance covered like flight...

Domestic Violence HCWI - September 25, 2016 0
Help for Abused and Battered Women - Protecting Yourself and Escaping from Domestic Violence.  Getting out of an abusive or violent relationship isn’t easy. Maybe...

Cancer HCWI - September 25, 2016 0
Cancer does not discriminate between race, age or gender. Being diagnosed with cancer can be frightening. But understanding what’s going on inside your body...